Charters is a rare, classic example of the best in art-deco design. An architectural gem set amidst an enviable and privileged setting of more than twenty acres of landscaped gardens.

Overwhelmed with history: Country Life in 1944 called Charters “One of the last great country houses to be built in Britain” and the “Blueprint for future country-house living”.

Following records showing a small group of cottages standing on the site of Charters, the potential for a purpose built mansion in the elevated position was realised by Edward William Terrick Hamilton, who built the first house in the late 1860s. Edward Hamilton was appointed the High Sheriff of Berkshire in 1879, and Charters remained in the Hamilton family until 1901 when it was sold to Egbert Iveson before being sold again, soon after WWI, to Colonel Ralph Peacock. On his death the house was bought by the Shaws, a ‘high society’ family, who sold it in 1936 to the successful industrialist Frank Parkinson. 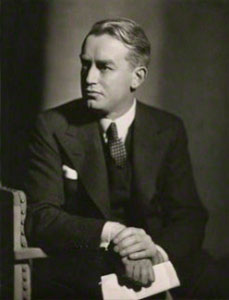 Frank Parkinson recognised the potential of Charters as the perfect location for a fine modern country house. He acquired the 120 acre estate and the Victorian mansion built by Edward Hamilton. With little expense spared and employing the talents of commercial architectural firm Adie Button and Partners in London, Parkinson funded the creation of what is now the Grade II listed centrepiece of the Charters estate.

Charters was designed and built following the philosophy of the Art Deco movement, which had at its core the objective of adopting ‘purposeful design’ with the ambition to provide for labour-saving living. The extraordinarily innovative Charters included many such ideas on its completion, including an integrated vacuum cleaning system throughout, air conditioning, automatic curtains and even an automatic dishwasher.

Surviving the war unscathed, Charters enjoyed a high social status and was visited by personalities such as Sir Winston Churchill and, in 1947, the Duke and Duchess of Windsor on their return from the United States of America were loaned Charters as their UK ‘bolthole’. By then, the Duke had abdicated the throne as Edward VIII in order to marry Mrs Simpson, and the couple stayed at Charters as a guest of Mrs Parkinson often en-route to the French Riviera.

A wonderful short pathe news reel showing the couple arriving from America and living at Charters can be seen here. 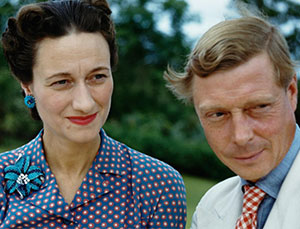 The Duke and Duchess of Windsor

A wonderful short pathe news reel showing the couple arriving from America and living at Charters. 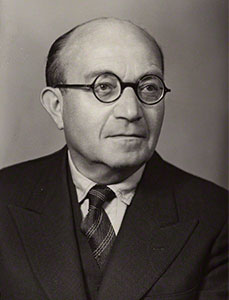 In 1959, Charters’ short reign as a magnificent private country house came to an end. The property and grounds were sold to Vickers Research by its then owners George Valli and Cecilia Zandona, as a self-contained research and development facility. By 1975, Charters had again been sold, this time to De Beers Industrial Diamond Division. The company recognised the quiet and secure location as an ideal place for its operations, especially with its easy access to Heathrow airport.

Two years later, the estate was sold to Sir Montague Burton, known at the time as the ‘tailor of taste’. Sir Montague managed his considerable business empire from Charters, even installing telephone lines on the roof terrace with a direct line connection to the Burton headquarters in Leeds. The business tycoon would work on the terrace throughout the winter, preferring the elements to his executive office indoors.

After 40 years as an industrial centre, Charters was finally restored to its original purpose as a great country residence. Sabre Developments have removed all remnants of Charters industrial legacy, restoring the grandeur of the original house and providing a fitting development for a 21st Century lifestyle. Central to Sabre’s plans is the restoration of the main hall and reinstatement of the fireplace and gilt Rococo balustrade on the gallery overlooking the hall.

The Historic Ballroom Now and Then